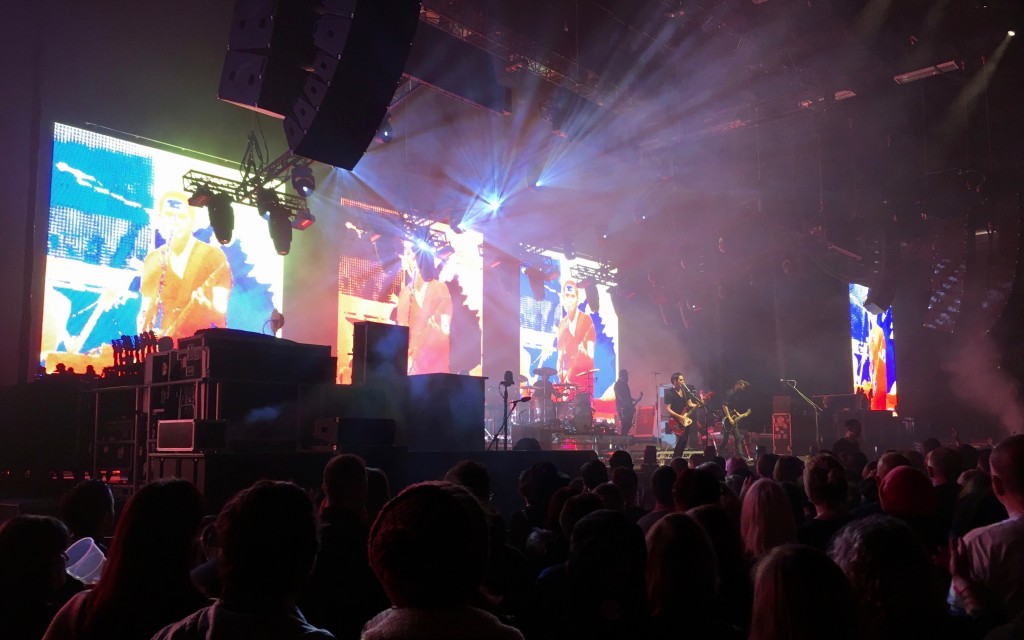 I reckon it was circa 2001 I came home from school to my Nan’s house, flicked to Kerrang! or MTV2 and caught the tail end of Nancy Boy. She had Sky y’see, and that song was ALWAYS on.

It’s hard to underestimate what an effect those few minutes viewing had on my taste and interest in music. I owe my appreciation for so many of my favourite bands to those snatched half hours I was allowed to watch whatever I wanted – imagine sitting your 70-something Nan down and showing her Break Stuff by Limp Bizkit. Well that was us 15 years ago. Hurr.

Through Nancy Boy, Pure Morning and later, The Bitter End, Placebo got under my skin. In my 12/13-year-old innocence, I had absolutely no idea what Nancy Boy was all about – probably for the best.

But sheesh, they aren’t half a frustrating, difficult band to love. For every stroke of brilliance, there are half a dozen stinkers, and then there is their famous reluctance to air the classics live. IIRC, Nancy Boy was mothballed for a decade at one stage. Wut?

In fact, I think for many years, I actually had no desire whatsoever to see them live. I always have been a fairweather Placebo fan – their 2004 singles collection Once More With Feeling was (and remains) just about all the Placebo I need in my life, the notable exception being their utterly brilliant 2009 album Battle For The Sun.

And then, 15 years in waiting, Placebo earlier this year announced a 20th anniversary tour promising all the hits for, in the 2016 ticket market, the bargain price of £27.50 – a tour which included an atypically dinky show in the grand scheme of things at the Brighton Centre. Omg.

It came round sooner than expected actually (Wednesday night, to be precise), or perhaps that was just out of my longing for this absolute shitshow of a year to be over – something not lost on the band. 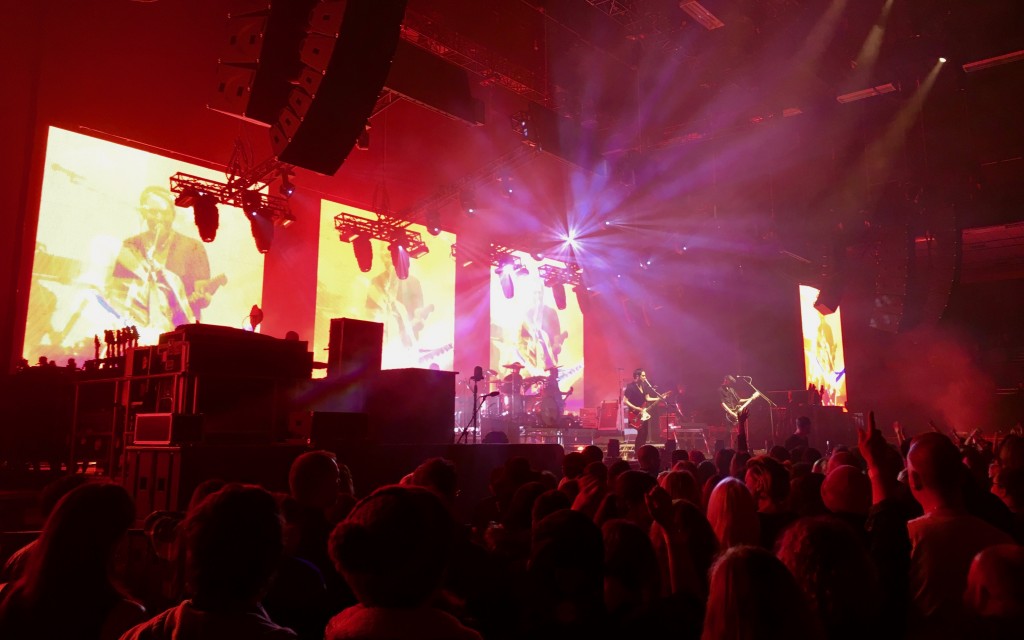 The show opens with playback of Leonard Cohen’s Who By Fire while archive footage of David Bowie is laid over the visuals for Without You I’m Nothing. At the other end of the spectrum, the ghastly visage of Donald Trump is branded on a pack of cigs during one song, complete with health warning. Apt.

Brighton comes alive from the droning opening strums of Pure Morning, brought back especially for this tour after a nine-year absence from the band’s setlists (again, why?). No matter, it sounds a fresh as it did when it was released in 1998, Brian Molko’s vocal is spot on, and the lyrics are every bit as nonsensical as ever.

“That’s the end of what we like to call the melancholy section tonight,” says Molko to cheers from the crowd. “Hah! People usually boo at that point,” he jokes, acutely aware of the band’s historically dark, brooding image, persona and, vitally, perception. Let us not forget the vitriol some reserve for Placebo; they are, to abuse a cliché, one of those ‘Marmite’ bands.

“There’s only so much melancholia we can play,” he continues. “It is our birthday party after all – who’s ready to party?”

Cue a raucous finalé – For What It’s Worth, Slave To The Wage, a bananas version of Special K, A Song To Say Goodbye and finally, my personal favourite (which totally did not disappoint), The Bitter End. And we breathe – briefly.

Two encores ensure. Nancy Boy sends Brighton into raptures, while their now customary cover of Kate Bush classic Running Up That Hill is a fitting closing number. I was secretly hoping they’d dust off Taste In Men just for us, but it was not to be. It didn’t matter.

I tried to sum up my thoughts in a tweet straight after the show. In short; this was every single bit the Placebo gig I’ve patiently waited the best part of the past 15 years for, ever since I saw Nancy Boy at my Nan’s house. 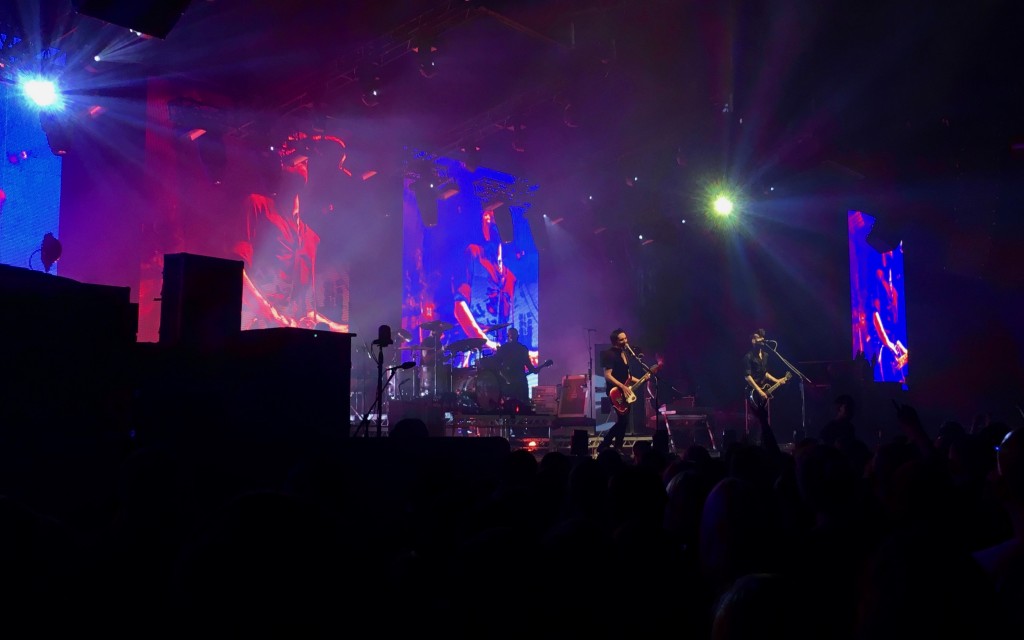 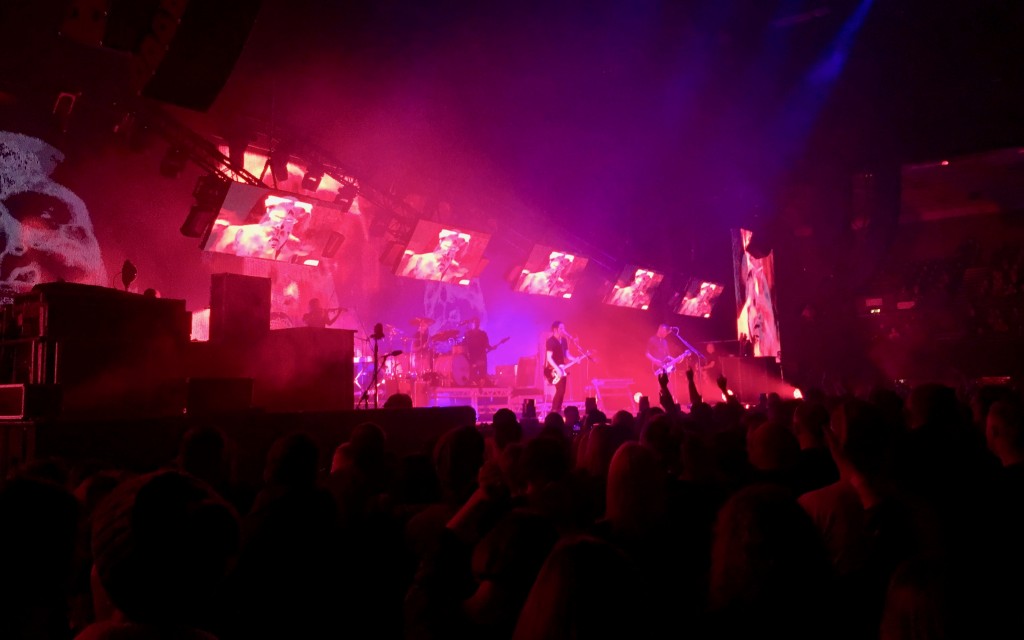 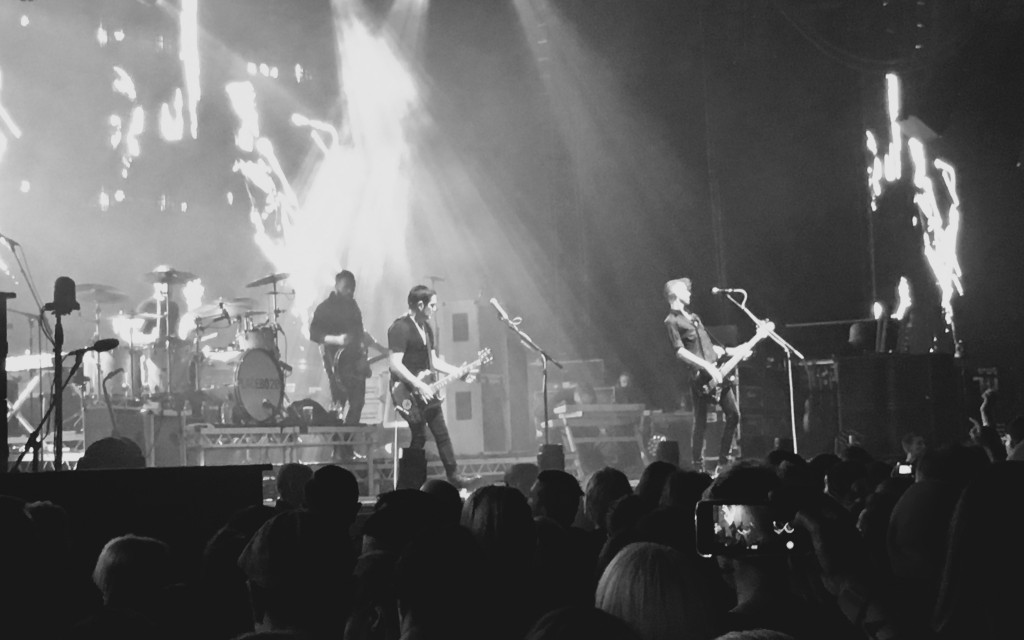 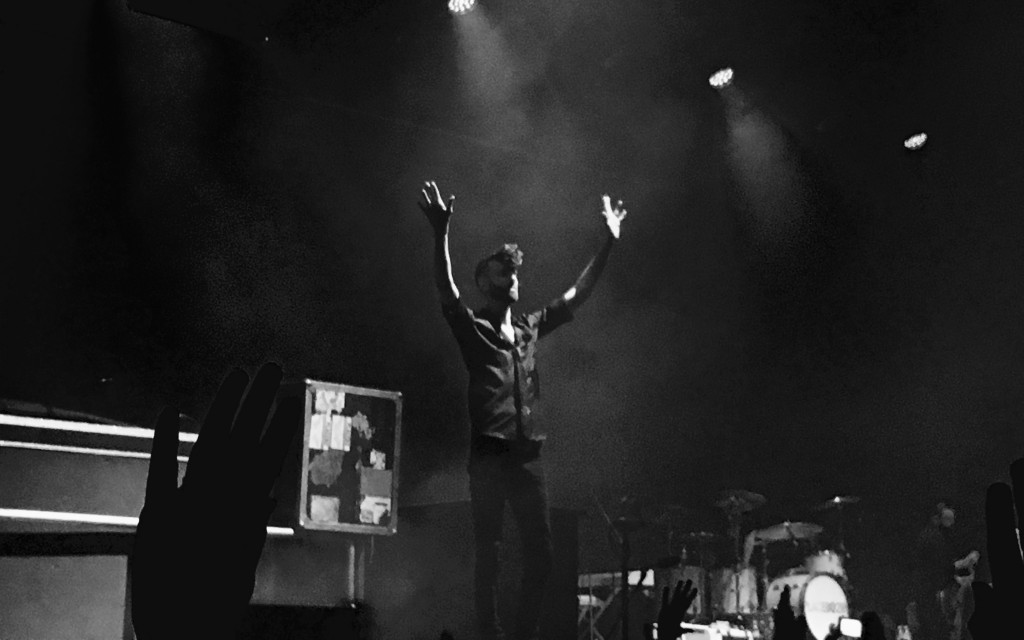