Last week, while idly sitting in the customary traffic jams in and around Guildford, I heard a brief report on BBC Radio 5 Live from a cricket match between the Birmingham Bears and the Northants Steelbacks.

Now, it must be said that county cricket long ago bowed to many of the tropes of US-style club franchising. Indeed, my own beloved Somerset bizarrely became the Somerset Sabres rather than the Somerset Wyverns (the wyvern being a well-documented symbol of the county) – evidently because alliteration is far more important than hundreds of years of history, even if the shirts from the time did feature a wyvern wielding a sabre.

(And I can attest that, having been mascot at Somerset in 2000 and being given a shirt that was, then, 17 sizes too big. It’s still roomy to this day.) 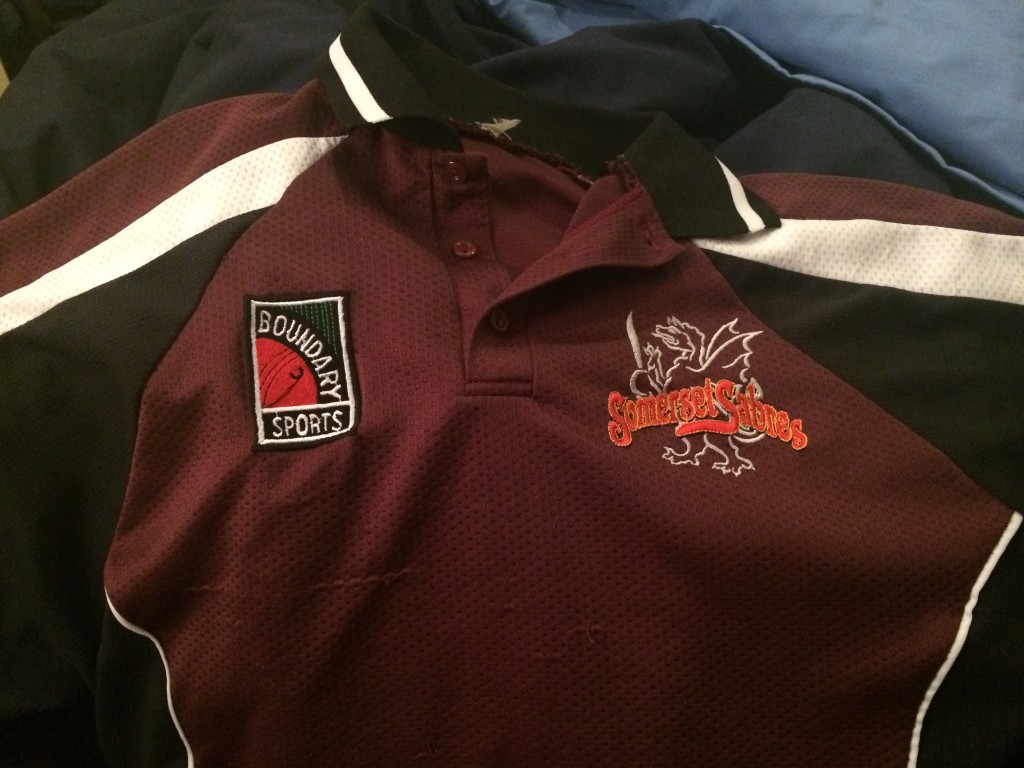 With all due respect to Northants (who, as it happens, were the team Hayden was captaining the day I was mascot), I can’t say I know why they are the Steelbacks but the point being their side still carries that most distinguishing feature – the fact they’re from Northamptonshire.

But I’m sorry, the Birmingham Bears is an insult. I am, and have been to this point, just about okay with the incessant franchising, even if it rarely made any sense – I mean, while I doubt swooping, winged Wyverns have ever truly descended on Somerset, as a symbol, it’s still steeped in more history, folklore and mystery than a ‘Sabre’.

I guess after a few pints of our famous ‘fightin’ cider’, a bunch of old boys out on the levels armed with a few sabres might make a good job of each other, but Somerset is not exactly Mordor. There aren’t Nazgul circling overhead riden by sabre-wielding wraiths. Think the Shire, with more venereal disease.

(No more Lord of the Rings analogies, I promise.)

The bear, however, is the symbol of Warwickshire and as someone who, despite growing up in Somerset, is half of Warks extraction (an Aston Villa fan, no less), it saddens me to see the county become the first to reject its regionality and embrace, instead, its big city credentials, although I’d hasten to bet it’s far easier to market Birmingham than Warwickshire…

But it’s the WARWICKSHIRE bear, it’s the symbol of the whole county, not just its dominant city. Good luck misappropriating old Will Shakespeare, Brum.

It’s not as if this is uncommon though. Working as a journalist in Surrey, you quickly put aside the truth that county hall is, in fact, in Kingston – in the Royal London Borough of Kingston upon Thames. This sort of thing is endemic.

Indeed, just a few hours before the broadcast that irked me so, I saw a tweet about Hull City Football Club revealing its new crest, devoid of the club’s historic name and instead, simply bearing the club’s black and gold colours – and a fearsome tiger.

Hull’s Egyptian owner Assem Allam has made no secret of his desire to rename the club the Hull Tigers, so much so he threatened to pull his investment should his rebrand be thwarted. Strangely, 60% of season ticket holders who took part in a referendum on the issue actually voted for the change – so what do I know.

All I’d say to Allam is; take note of Vincent Tan’s antics at Cardiff City. I don’t think any of us want a repeat of that. Having spent five years in Cardiff, and invested an element of myself in supporting the Bluebirds, I have, to date, been pretty appalled by his actions. I can’t imagine how torn some lifelong fans must have been after decades in waiting, watching their team finally ascend to the Premiership with millions of Malaysian Ringgits behind them (fact of the day for you right there) only to see Bond villain-in-waiting Tan almost single-handedly engineer his team’s own demise and relegation back to the Championship just nine months later.

How would I feel about Villa becoming, say, the Aston Lions, the Aston Villains, the Birmingham Clarets, the Aston Aces, etc. Hmm. No doubt it would come with buckets of cash – and with Villa up for sale at the moment, it’s by no means beyond the realms of possibility a hungry foreign business man might fancy giving the club a bit of a shake up on and off the pitch – but no, not for me thanks.

Back to cricket. Essentially, what I really do not want to see is English county cricket debase its own history and chase the £££s that make the Indian Premier League such a leviathan – and such a bore at the same time, for me.

I’ve said this before countless times, but first and foremost, I identify with being from Somerset and after that, from Europe. And while the World Cup was enough for me even to splash out on an England shirt (of sorts), our swift exit has already put pay to that flash of patriotism.

As I sit here writing this, I’m wearing my Somerset shirt. There’s an Aston Villa flag up on my wall. These are venerable institutions, let us not forget, each dating back far in excess of 100 years.

The solution? Well, there ain’t one – because we all know the sheer amount of money in sport these days is enough to win over not only the boardroom, but also the fans as well.

What I would like to see, however, is constituted clubs. I would like to see each and every club agree some kind of untouchable constitution, which dictates its name, its colours, its crest and so on. I still cling on to the belief an established institution is infinitely preferable to, and marketable than, a quick rebrand for a quick dollar. I’d bet after decades in the leagues lower tiers, Cardiff City fans would have been willing to wait another couple of years to make it to the Premiership in blue shirts.

Whether we should put history and heritage before ‘success’ (as for every Cardiff, there is a Man City) is a debate for another time.

If you need me, I’ll be on my high hors- I mean wyvern.

Rome, June 3, and Queens of the Stone Age (QOTSA) have just walked on stage at Rock in Roma, one of Italy’s biggest music festivals.

Led by the band’s daunting frontman Josh Homme, they rip into Millionaire from their 2002 hit album Songs for the Deaf. Thousands go wild at the city’s Capannelle racecourse.

The same night, more than 1,000 miles away, another man has just walked on stage and kicked into Millionaire.

Does he care? Not a bit of it.

Now touring his all acoustic one-man solo show, Oliveri – complete with his distinctive shiny bald head and trademark six-inch goatee – paints the picture of a man finally at peace.

In January 2004, he was unceremoniously booted out of QOTSA after his relationship with Homme broke down.

While the band has ascended to headline status, due to top the bill at this year’s Reading and Leeds festival in August, Oliveri’s career has been characterised by false starts.

Tuesday’s show at The Boileroom (June 3) was the third in a 19-date tour in support of his new single Human Cannonball Explodes and new album Leave Me Alone, due later this year.

His 50-minute set draws variously from his 20 years in the business, including Kyuss classic Green Machine, while a handful of new material is well-received by the knowledgeable audience.

But it is Oliveri’s QOTSA numbers they have come for, having co-written the band’s 2000 album Rated R and the aforementioned Songs for the Deaf with Homme.

Cheers greet acoustic takes on songs like Gonna Leave You, Another Love Song and Auto Pilot, sparking what feels like a boy scouts’ campfire singalong, only with far more beards.

Oliveri invites a dozen or so fans up on stage with him for a rousing rendition of QOTSA drug anthem Feel Good Hit of the Summer, which features the rhythmic chant of ‘nicotine, valium, vicodin, marijuana, ecstasy and alcohol’.

But opening gambit Millionaire remains Oliveri’s most distinctive contribution, one he performed with QOTSA in April for the first time in 10 years during a gig in Portland, Oregon.

While his exile from the band seems set to continue, Oliveri’s career and outlook appears the healthiest it has been in the best part of a decade.

His show at The Boileroom underlines his talent to go it alone.

Originally published in the Surrey Advertiser, 06/06/14