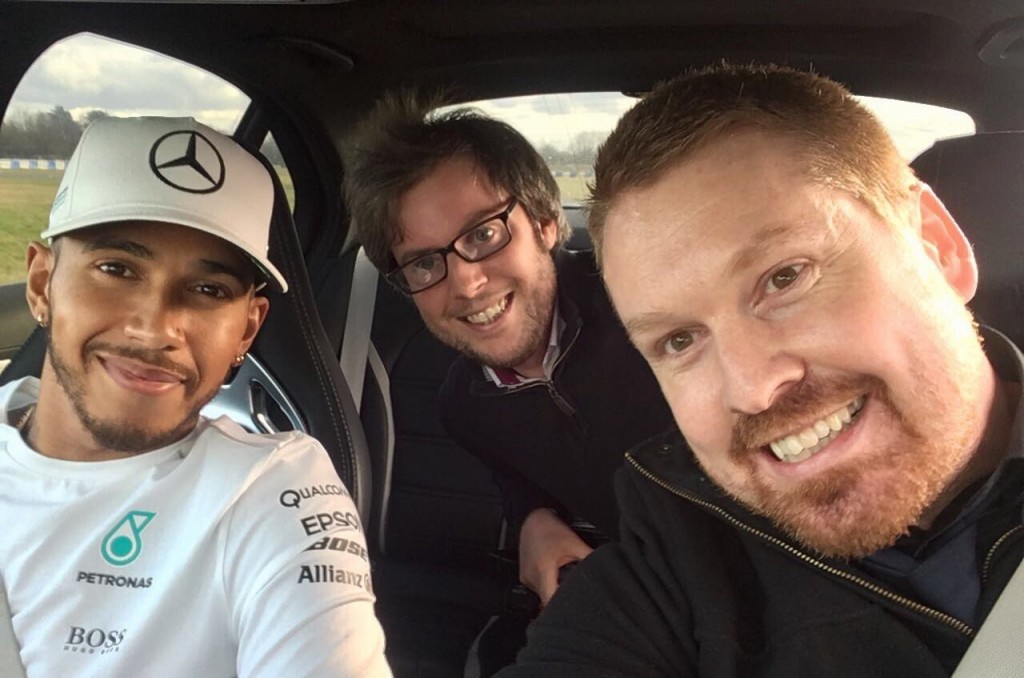 For all the trials, tribulations and tearing my hair out, I don’t half get to do some cool things courtesy of my job.

I’ve visited Auschwitz, I’ve seen one of my favourite bands Ash play… in Ash and I’ve set a hot lap at the Top Gear test track.

So it was with no second invitation I gamely joined colleague Tom Smurthwaite at Mercedes-Benz World to meet a rather special guest – that’s him at the top, the bloke in the white top looking 7,373,245x cooler than us two numpties.

Yes, on Thursday, we got to spend an afternoon at Brooklands – and a few fraught minutes with former McLaren driver, three times F1 champion and all round nice bloke Lewis Hamilton.

Lewis thrashed us around the Brooklands test track while we tried to lob a few questions in his direction – and keep our lunches down. Easier said than done.

So what, I hear you ask, did we establish? Well, Lewis has been impressed with new Mercedes teammate Valtteri Bottas’s performance, he’s looking forward to the new season and the 2017 rule changes, and our little sortie at Brooklands, when Lewis was (so far as we were concerned) absolutely nailing it, was the small matter of ‘about 5%’ of what he experiences in F1. Eeesh.

“Nope. It’s the weather – it’s freakin’ cold! Maybe in the future though, when things settle down,” said Lewis.

You heard it here first.

We also had a quick nose round Mercedes-Benz World itself, which is a pretty incredible place too. Besides all the track experiences, the centre is, well, as shrine to all things Mercedes, on and off the track. It’s free all year round so you can drop in when you like. They even show the races live on Sundays in the building’s two cinemas – again, completely free.

There’s even an exploded F1 car – 3,200 components carefully and meticulously strung up from the rafters. It took three months to make. If you’re an F1 fan, it’s kind of awe-inspiring, it must be said. 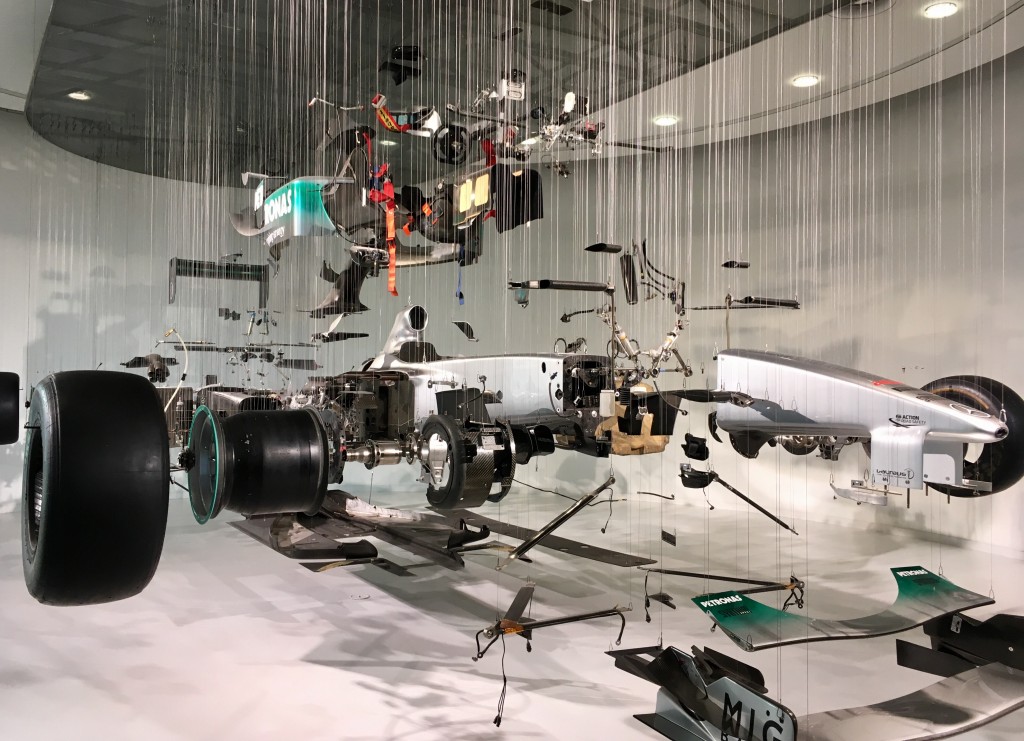 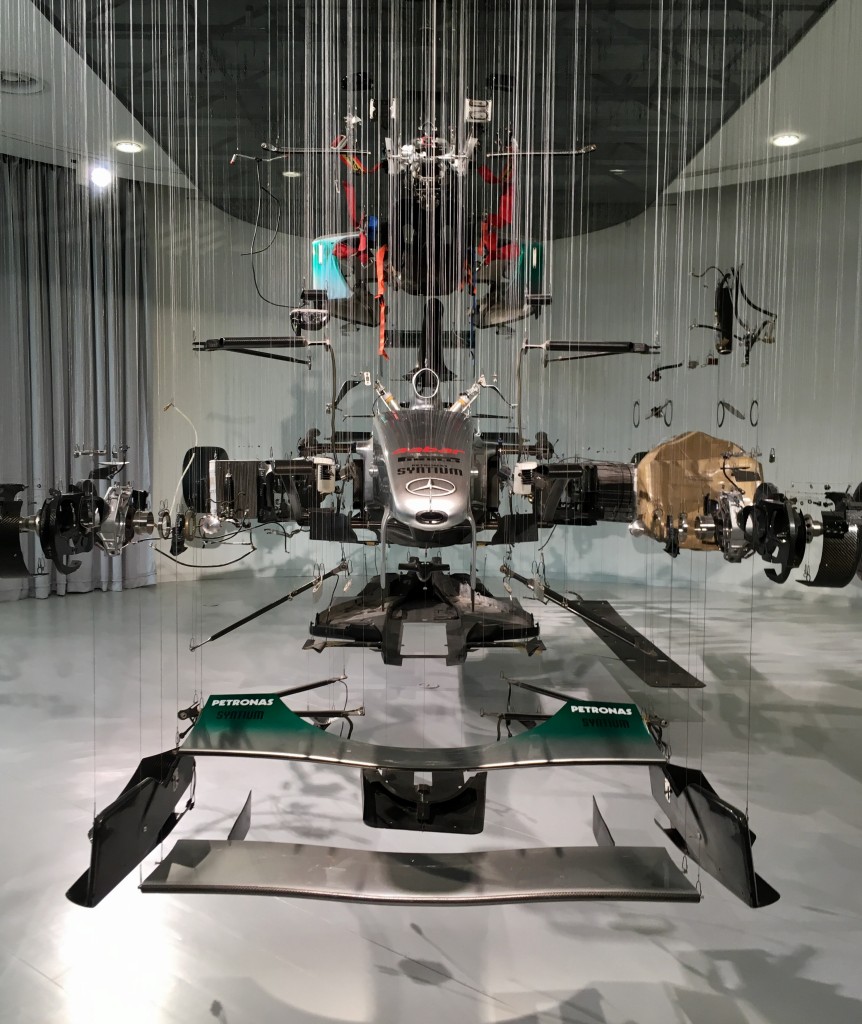 You can see our full video package from Brooklands over at Get Surrey.