And during the mid-noughties, We Are Scientists were THAT band.

Following the success of 2005 LP With Love And Squalor, New York City’s indie also-rans were on every self-respecting night club playlist and on shuffle at every great student house party.

Even if you somehow managed to avoid their charms, there was no escaping tracks like Nobody Move, Nobody Get Hurt and The Great Escape.

More than 10 years hence and not a whole lot has changed, albeit those soaring heights the band once enjoyed are perhaps not what they were.

Trading academies for clubs, We Are Scientists earlier this year announced a mammoth UK tour in support of sixth album Helter Seltzer.

And after traversing the country from Glasgow to Gloucester, finishing up in Barrow-in-Furness of all places next month, Keith Murray and co rocked up at a sold-out Boileroom in Guildford on Sunday night.

With his now trademark silver fringe still very much intact, singer and guitarist Murray, who still inexplicably looks about 15, along with bassist Chris Cain and drummer Keith Carne bound onto the venue’s cosy stage just after 8.30pm (it is Sunday, after all).

Both apt and somewhat ironic, opening number This Scene Is Dead sets the tone for the night – while the band tread some new ground, this tour is a celebration of their heyday.

The crowd, packed with 20-somethings, greet them warmly, as you would an old friend you’ve not seen in a while. 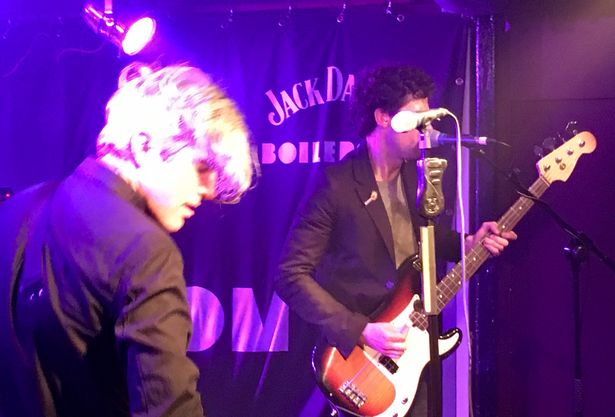 “Can you all just be silent please,” jokes Murray after the band’s uncharacteristically quiet and somewhat inauspicious opener has someone behind the scenes reaching for the volume knob.

Sound levels fixed, the trio dip liberally into With Love during their hour-long set, which is also peppered with highlights from six LPs spanning nearly 15 years, including two cuts creamed from Helter Seltzer.

Nobody Move has The Boileroom pulsing and mid-way through the set, Murray hands over his guitar to guest Joel Dilla and conducts the crowd from the barrier.

Only then does he ease himself into the throng for a walkabout. 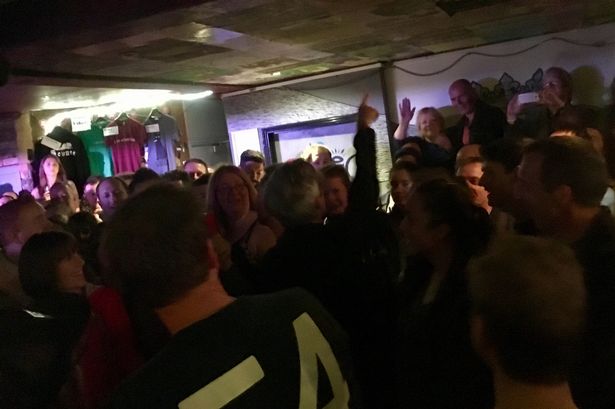 Always with an ace up their sleeves, We Are Scientists marvel in being able to control the tempo of their set in a stroke.

Slower songs are juxtaposed against the band’s more jangly moments while their stage patter is second to none. They even stop to play with their effects pedals for a bit, just because.

The Great Escape, another stonewall mid-noughties earworm, rounds out the band’s main set heralding perhaps the most enthusiastic response of the night. Shapes are thrown.

“I’ve got a great idea! I’ve got to wait right here!” bellows Murray, his every word echoed by The Boileroom faithful who bellow them straight back.

Nice Guys and After Hours bring proceedings to a close. Respects are paid, hands are grasped in the front row, emotions run high. This has been a really special night for a whole lot of people.

Is this scene dead? Probably. Do the memories live on? Definitely. We Are Scientists will always occupy a special place in the hearts of a generation of indie kids.

Sunday’s Boileroom show and the band’s huge UK tour serves only to affirm it.